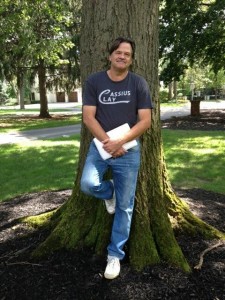 Detroit, the city of my youth, was muscle cars, Motown music and Tiger baseball.

Then the 1967 riots or civil insurrection and the Algiers Motel incident exposed a city of which I was unfamiliar. It concerned me that Detroit could hold this degree of internecine hatred and violence.

The following year I ventured downtown and started boxing. I was sixteen, and old enough to compete in the Detroit Golden Gloves tournament. My goal was to achieve some understanding and insight into the root cause of racism and perhaps win a trophy. Although I did not win a trophy, the experience has influenced and enlightened me in many positive ways.

I went to Michigan State University during the turbulent 1960’s and early seventies. It was a time of the lunar landing but also the assassinations of Martin Luther King and Robert Kennedy. The Vietnam War would take 55,000 lives. (average age nineteen)

This influenced me as well, some positive and some negative.

College appealed to me and I hung around as long as I could. I graduated from the Michigan State University College of Human Medicine in 1977 with an MD. Then an internship at the Mayo Clinic, internal medicine residency at the University of Virginia and a fellowship at the Massachusetts General Hospital with a Harvard appointment for the study of kidney disease and clinical nutrition.

I returned to Detroit and have been in the practice of medicine since 1983.

The patients and my colleagues inspire my writing and suggest its themes.

My work has appeared in literary magazines. My story, “Fight Night,” won the Winning Writers Sports Fiction and Essay Contest, and “The Recidivist,” won the Writer’s Digest short story contest. My essay “Detroit Golden Gloves” was selected as Editor’s Choice by inscape, honoring the top nonfiction piece. In 2010, I was nominated for a Pushcart Prize for my story, “A Battlefield Decision.”

My novel “Detroit Heroic” concerns the city from the first day of the 1967 disturbance to one year later when the Detroit Tigers win the world series. The spirit of that 1968 team is a metaphorical blueprint for the recovery that the city is enjoying today.

My wife and I live in Birmingham MI. 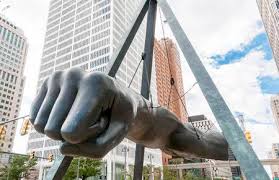